The Purpose of Life

Posted on September 1, 2018 by mhrockness 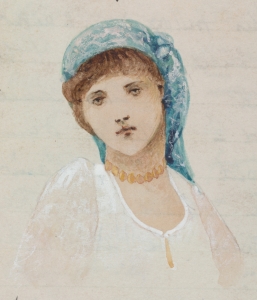 “Lord, we have not much to give Thee – but we give Thee our hands today.”   Diary

Mr. Rogers.  Who of us parents, who sat our children in front of the TV screen to watch “Mr. Roger’s Neighborhood,” would have dreamed that a half-a-century later the same Mr. Rogers would be the star of a mainstream documentary, a counter-cultural hero?!  The soft-spoken, kinda quirky, maybe even a bit goofy presence of a children’s broadcaster was, at that time, somewhat of a conundrum to an on-watching adult.  Yet there was no doubt that from the moment he hung up his jacket, pulled on his sweater,  tied his comfy tennis shoes, and addressed his viewers with slow and measured words, that his pint-sized audience was drawn into his neighborhood.  They were reassured by his deliberate handling of daily situations, little and big – hurt feelings, mistakes, friends or lack thereof, bullies, nightmares, divorce, bombs – and by his acknowledgement that they were special.  They mattered.

The recent release of the mainstream documentary, “Won’t You Be My Neighbor?,” became an instant box office hit triggering the question:  What was so special about Fred Rogers?   Some have suggested that the film was a “nostalgic museum tour of a TV moment” – a flash back to a simpler gentler time.  Really?  Think about its time of debut:  the wild 60’s with a culture of hippies, peace signs, sex, drugs and hard rock.  Others note the voice of sanity in juxtaposition to that very culture:  clean and kind and tender and, dare I say, loving?  Whatever it was then has touched a nerve now as we review his life and his message with the wisdom of hindsight.

What was his secret?  What made him “tick”?  Fred Rogers prophetically answered that question in a short documentary filmed many years ago.  The interviewer was walking Fred Rogers through a short tour of his alma mater, Rollins College, when Fred took over the direction of the tour.  He guided him to a wall near Strong Hall where engraved on marble were these words:  “LIFE IS FOR SERVICE.” Rogers reached for his wallet and pulled out a photo of that very engraving noting that daily he walked past it while enrolled at Rollins.  He has kept this now well-worn photo in his wallet ever since.  It has been his motto and his muse.

His Christian faith is no secret.  He was an ordained Presbyterian minister. He made no pretense that his motive power came from any source other than a  personal relationship with Jesus – as did his message of love and service.  Someone defined service in this way:  “Service is love in action.  Christian service is Christ made manifest.”

This was a challenge that Lilias faced over a century earlier with the young Arab believers:  How to convey to them that Christ’s love was not intended to be solely received.  It was meant to be passed on through the recipient to others.  She records in her diary her joy of any indication of progress towards that end:  “Another little step onward today – the starting of a little working party – half a dozen or so of the women who will come for the dawning love of Jesus to make garments for the women of Central Africa . . .   They made a dear group getting on a mat in their court – &  in the little prayermeeting at the end, Taitum prayed, ‘Lord we have not much to give Thee – but we give Thee our hands today.'”

Life is for service.  Service is more a way of life than any specific action or deed.  It is more often an attitude demonstrated in the everyday menial tasks than in the grand gesture.  Moreover, the area of service assigned for us may not even be of our own choosing.  Oswald Chambers writes:  “God engineers everything; and wherever He places us, our one supreme goal should be to pour out our lives in wholehearted devotion to Him in that particular work.  ‘Whatever your hand finds to do, do it with your might. . . ‘”
(Ecclesiastes 9:10)

Jesus defined and demonstrated love through service when He washed the feet of His disciples.  “I have set for you an example that you should do what I have done.” What are the day-to-day opportunities for loving service  in the mundane and menial of my life?  How does God want me to serve – today?

4 Responses to The Purpose of Life